RSS feed for this section
This category contains 11 posts

NPR’s ‘On the Media’ Covers Gaming

The Retroist of Rebirths: Tennis for Two

Tennis for Two, developed in 1958, is among the candidates for the world’s first video game.  However, outside of a modified, necessarily-inauthentic reconstruction from original circuit schematics in 1997, Tennis for Two has not been playable in its original form since the late 1950s.  According to Peter Takacs of the Brookhaven National Laboratory, where the original game was developed by physicist Willy Higinbotham and engineer Robert Dvorak a half-century ago, that is about to change.

Takacs posted today on Brookhaven’s Bits & Bytes blog that after some rigorous searching and restoration work, authentic vacuum-tube computer components are being added to the 1997 retrofit.  This will recreate Tennis for Two in its “original 1958 state.”

Here’s hoping the end product is made publicly accessible.  If it is through history that culture is grounded, then there is no better way to strengthen cultural acceptance then revisiting the catalysts that make it so.  For digital games or otherwise.

Pilgrimage to Upton, New York anyone?

The Canadian Game Studies Association’s annual conference will take place in Frederiction, New Brunswick from May 30-31 as part of the wider Congress of the Humanities and Social Sciences.  The annual CGSA event is the premier digital game studies gathering in this country.  This year’s theme is “Coasts and Continents: Exploring People and Places.”  See the call for presentation proposals below for more info:

Signs of Doomsday: The Games & Culture Week in Review

In order to focus on providing original content for readers without missing news and insights from other sources, Play Till Doomsday will now feature a regular “week in review” post each Saturday linking to recent stories about digital games and their cultural implications.  This is not necessarily an endorsement of the perspectives taken or ideas expressed in each link, just that they are nonetheless worth sharing.  So here we go:

If you feel something is missing or have a suggestion for a link to include, send a tweet to @abcurlew!

Bitmob community writer Gil Lawrence de Leon has posted an interesting (albeit contentious) article about the recent criticisms that label Samus’ characterization in Metroid: Other M as sexist.  The approach taken suggests Western notions of sexism are not at the root of “new” Samus’ submissive traits.  Her characterization, suggests Lawrence de Leon, is the result of Eastern traditions of adolescent capitulation to established authorities, thus making the “sexism” critiques part of a “cultural misunderstanding.”

When read alongside Abbie Heppe’s Metroid: Other M review and Michael Abbott’s detailing of the backlash to it, does the Bitmob piece, as well as the comments it has so far generated, successfully reconfigure the “sexist” critique? Or does it end up supporting the very cultural dichotomies it aims to challenge?

Help us Rock Out for Charity in Toronto! 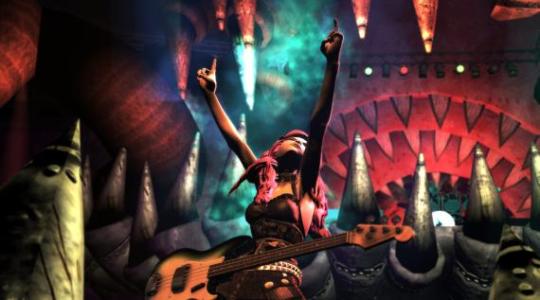 In conjunction with Toronto Thumbs, Play Till Doomsday is working to promote an upcoming charity event supporting Child’s Play in Toronto.  But we need the community’s help (particularly in finding a venue)!  The following is written by Jason Wesley, organizer of the fundraiser:

With the holidays fast approaching, my mind turns to charity. I’m sure that many of our readers are aware of Child’s Play; every year, I have always donated a game or two, always amazed to see my contributions being part of a much bigger machine: one which makes my heart swell.

I’m fairly certain that by relation, our readers are aware of the endurance marathon known as Desert Bus For Hope. Last year, I drew up a charity project in the same vein as Desert Bus, but used Rock Band 2 instead. A couple of friends and I were scheduled to play Rock Band to the tune of $5 per song. We had set up a projector at work and played from 5 in the afternoon until 11 that night, raising exactly $500 and a bag of non-perishable food for the Food Bank. The team had an incredible time playing; knowing that everything went to a good cause just made the evening even better. Rock Band 3 will be coming out in only a couple of weeks, and with that, the playlist expands, as does the number of participants. 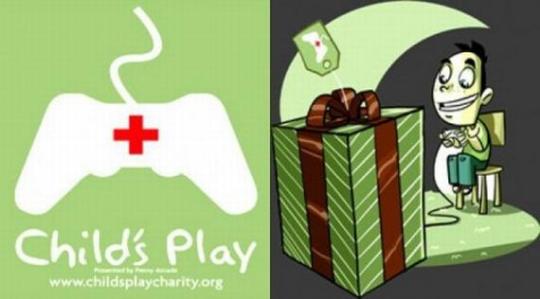 END_OF_DOCUMENT_TOKEN_TO_BE_REPLACED

By Any Other Name: Thou Art Thyself, Though Not A “Gamer”

A recent survey commissioned by casual game producer PlayFirst found that 60% of women who play digital games do not self-identify as “gamers.”

This speaks to the stigmas and stereotypes attached to the “gamer” label, as well as the gulf between the imperfect categories of casual players and hardcore players.  The perception of gaming as solely the domain of lonely, overweight men who’ve wasted their lives in front of flickering screens is apparently enough to prevent many female players from wanting to be associated as enthusiasts of the very same medium.

Why is this the case?  The Escapist’s Yahtzee Croshaw puts it better than I can:

“[G]amer” is a label, and whenever a label is used, an image of the stereotype attached to that label flips up unwarranted into your unconscious mind. Anyone who identifies as a “gamer” will create a very specific image in the mind of the layman. Probably something somewhere between one of the Columbine killers and that shouty German kid from YouTube. Or a sweaty, fat, neckbearded manchild weeping over their Aeris body pillows (or is it Aerith? I can never remember)…

END_OF_DOCUMENT_TOKEN_TO_BE_REPLACED

Comics and Gaming Monthly, via the Calgary Herald, has reported that the University of Calgary is currently compiling a video game collection for their library:

The University collection should open in March of 2011, and will include game content ranging from the Atari all the way up through the XBox 360 and the Wii.  Signing out games will be as easy as signing out books, and the library will also be adding enclosed multimedia rooms where faculty and students can join forces for intellectually stimulating games of Rock Band.

END_OF_DOCUMENT_TOKEN_TO_BE_REPLACED

CBC.ca is currently featuring a special report called Pushing Buttons: How Video Games are Changing Our World on their front page.  Highlights include a short interview with Extra Lives author Tom Bissell, an examination of the culture of digital games in the Middle East, an exploration of the role game developers have played in revitalizing / gentrifying Canadian cities, and a photo gallery ranking of the top ten Canadian video games (though I’m not sure what criteria they are using to determine their choices, not that I’m disagreeing with their number one…)

Using ESA Canada data, CBC also paints a profile of the Canadian Gamer, which suggests that the average age of a player in Canada is 35.8 years old, the gender split for gamers is roughly 2/3 male to 1/3 female, and 48% of Canadian households have one or more gaming consoles.

END_OF_DOCUMENT_TOKEN_TO_BE_REPLACED

Market data company Lightspeed Research has released the results of a recent survey pertaining to the gaming habits of players of FarmVille and other micro games found on social networking platforms like Facebook.

Along with the expected information concerning the demographic breakdown and differing motivations of those playing these “social games” comes the more interesting point that 17% of survey participants consider themselves addicted to such games.

END_OF_DOCUMENT_TOKEN_TO_BE_REPLACED

Gamasutra has posted an interesting feature that explores how government support of game developers is affecting the industry within Canada and around the world. Do Canada’s tax breaks harm development and poach talent from other jurisdictions, like the United Kingdom?

UK vs Canada: Do Tax Breaks Build an Industry By Paul Hyman