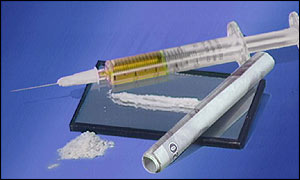 Market data company Lightspeed Research has released the results of a recent survey pertaining to the gaming habits of players of FarmVille and other micro games found on social networking platforms like Facebook.

Along with the expected information concerning the demographic breakdown and differing motivations of those playing these “social games” comes the more interesting point that 17% of survey participants consider themselves addicted to such games.

What does “addicted” mean in this context? As GamePolitics.com points out:

Lightspeed did not define what they meant when they said that [survey participants] were “addicted” – were they simply overly enthusiastic about playing their favorite social game or actually suffering from a “psychological dependency” to the game?

Perhaps most awkward are the comments made by one of Lightspeed’s marketing directors that seem to treat the addiction proclamations as potentially beneficial for the social games industry:

Social games are becoming a key aspect in people’s lives, with almost one in five people feeling they are addicted. At the same time they are opening up the gaming market to new groups of people, making it a great opportunity for brands to communicate with players through providing an engaging experience and useful and relevant rewards.

Apparently, one “relevant reward” is not being able to stop playing.

I’m not sure flirting with the business strategies of the tobacco industry, however unintentionally, is a positive step for a gaming industry (and culture) that must defend itself from hypodermic media effects criticisms on a near daily basis.