By Any Other Name: Thou Art Thyself, Though Not A “Gamer” 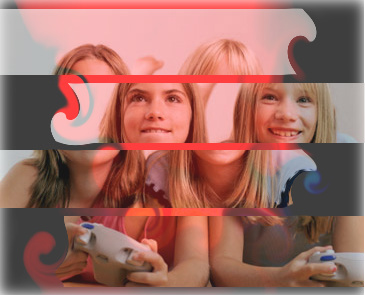 A recent survey commissioned by casual game producer PlayFirst found that 60% of women who play digital games do not self-identify as “gamers.”

This speaks to the stigmas and stereotypes attached to the “gamer” label, as well as the gulf between the imperfect categories of casual players and hardcore players.  The perception of gaming as solely the domain of lonely, overweight men who’ve wasted their lives in front of flickering screens is apparently enough to prevent many female players from wanting to be associated as enthusiasts of the very same medium.

Why is this the case?  The Escapist’s Yahtzee Croshaw puts it better than I can:

“[G]amer” is a label, and whenever a label is used, an image of the stereotype attached to that label flips up unwarranted into your unconscious mind. Anyone who identifies as a “gamer” will create a very specific image in the mind of the layman. Probably something somewhere between one of the Columbine killers and that shouty German kid from YouTube. Or a sweaty, fat, neckbearded manchild weeping over their Aeris body pillows (or is it Aerith? I can never remember)…

From a cultural perspective, the rejection of certain labels among some communities who participate in the same actions that define those labels is not uncommon.  For example, some black men on the “down low” reject the label “gay” since its mainstream depiction is inseparable from Caucasian characterizations or associations with effeminate behaviours that might conflict with cultures of masculinity within some black communities.

Knowing this, of course, begs the question of how people who play video games should self-identify, or be categorized within an inclusive survey of video game culture.  Perhaps defining categories is not the correct approach – Yahtzee continues:

The point I’m trying to reach is that playing games, as entertaining and fascinating and beneficial as it might be, is just something people do, not something they should be defined by. People don’t call themselves moviegoers, or TV watchers, or book readers. That’s the job of marketing agencies.

With this in mind, we are going to try to be more conscious of the labels we use at Play Till Doomsday.  Social forces, however unfairly, challenge Shakespeare assertions that names for things matter less than the things themselves.  If “that which we call a rose / By any other name would smell as sweet,” all those who browse gardens wouldn’t mind associating with us stench blossoms or self-identifying with us crap weeds.

« Games, Culture and a Quest for Meaning
Help us Rock Out for Charity in Toronto! »