Games, Culture and a Quest for Meaning 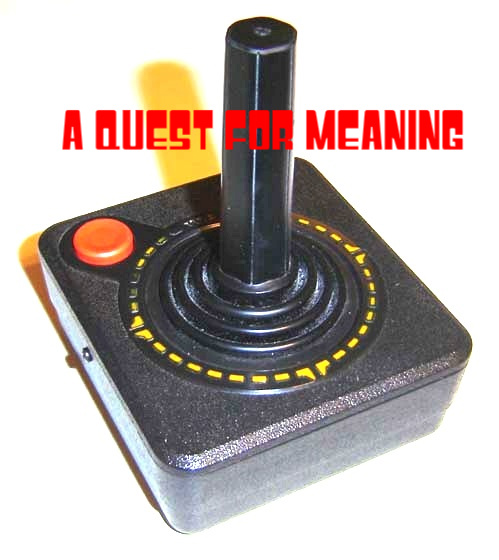 A recent Toronto Star story about the accomplishments of the Canadian games industry details how economic support from governments has fostered a strong and growing game development sector within Canada, while tax breaks have enticed foreign publishers to set up shop in cities like Montreal, Toronto and Vancouver, bringing thousands of highly sought after info-economy jobs with them.  However, after noting the technical competence and multi-billion dollar prowess of the Canadian interactive media industry, the story laments that “the video game is a medium still searching for cultural legitimacy,” in Canada and in general.  The piece wraps up by suggesting that the “video games industry has found the money” but “its quest for meaning continues.”

This perspective supports a very generalized theory about the mainstream acceptance of creative industries that I’ve mentioned here before.  For a form of pop culture to receive mass acceptance and respect, and to flourish financially and creatively, the theory suggests that it must satisfy at least three conditions:

First, it needs to be economically established, with access to investment capital – something obviously satisfied in regards to gaming over the past few decades.

Second, it needs positive interaction with government and public policy sectors.  In Canada, governments have been willing to invest in game development to foster job opportunities here, and thus far they have not constrained the medium with harsh regulations.

Finally, a truly successful creative industry needs to be respected and valued by the social sector – which is admittedly a vague category and an over generalization – but we might think of it as the public’s overall attitude towards the cultural form produced.

It is clear in a lot of respects that video games have not satisfied this last sector.

Fulfilling only 2/3 of these conditions allows video games to be perceived as financially capable and publicly subsidized representations of junk culture.  With cultural legitimacy seemingly out of reach, bolstered by an institutionalized reliance on violent content and immature themes, as well as non-gamers who categorize gaming as child’s play, where does one begin a quest to establish video games as meaningful?

The Star article points out that some people see a possible solution in the fostering of narrative complexity, perhaps by tapping into the established strengths of Canadian literary and screen-based cultural content.

“Advocates, meanwhile, say the stereotype of games as mindless ‘shoot-em-ups’ ignores the increasing importance of complex storytelling in the genre, and add that Canadian storytelling abilities honed in the television and film industries are now paying off in the video game industry.”

This is an admirable approach, based in the logic that if those who make games are able to craft stories as well as they can craft the technical elements involved in contemporary gaming, our quest for meaning would be both simple and succinct.

However, fostering “complex storytelling” is an imperfect strategy for legitimizing games, even if it would no doubt offer increased acceptance from storytellers who work in other media.  This approach falls into a trap triggered too often by gaming advocates ever since video games have become more able to express narrative or cinematic elements.  Of course, contemporary games can be narratives, but not all games are or need to be narratives.

Does Bejeweled need to be able to express character hubris for its cultural legitimization?  Does Diner Dash need an epic plot twist?  Must Team Fortress 2 be steeped in pathetic fallacy?

The ludic qualities of these examples exist outside of and apart from possibilities for story additions.  To put it bluntly, some games are only games, not stories, and no amount of “complex storytelling” can be grafted onto them to satisfy the social sector whose judgements make such games trivial time wasters or worse, tools of social destruction.  This is true without acknowledging that many gamers already have a contested relationship with story in video games.

Going up against the ideology that devalues video games as only childish diversions, mindless entertainment, mass-produced consumer goods or emblems of social degradation means understanding the size, scope and history of that ideology.

In many instances, saying that video games can be culturally meaningful at all works against a deeply entrenched history, at least in the Western world, that frequently devalues the possibility for meaningful engagement with games in general, especially for adults.  French sociologist Roger Caillois, who wrote several influential books and essays about play and games in the 1950s, identified this dismissive tradition.  In an essay called “Unity of Play” Caillois addresses this reductive assessment of games, establishing its existence even among scholars devoted to studying them well into the twentieth century:

“Generally speaking, [games] were considered simple and insignificant childish diversions. Therefore no cultural value whatsoever was attributed to them.  Research into the origin of games or toys has only confirmed the initial impression that toys are tools, and games behavior, amusing and of no importance, relegated to children when adults have found better things to do.”

The “better things” undertaken by adults usually manifests as work, which since the rise of industrial capitalism, has been upheld as the bearer of all good things.  A favourite quote of mine, by anthropologists Garry Chick and Robert Hood, playfully notes the cultural dichotomy between work and the actions of leisure: “Work has been seen as the fountainhead of progress while play and leisure are, at best, diversions, and, at worst, potential settings for the handiwork of the devil.”

Historically, these attitudes toward play and games obviously came with exceptions, most notably tied to class status of players and audiences.  For example, polo, chess and tennis have been esteemed, acceptable cultural expressions for centuries, while horse racing is still labeled the “sport of kings.”  In turn, the leisure activities of the masses, who threw dice, kicked at inflated leather balls or caught knucklebones, did not have the same value attached to them. 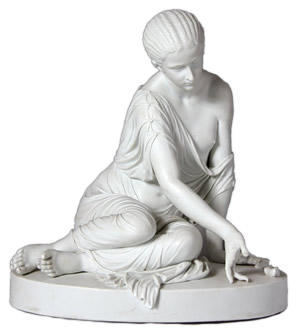 Replica of a Roman statue depicting a girl throwing knucklebones.

The inability for these activities to embody narrative complexity has nothing to do with their acceptance or denial as culturally legitimate.  A deeper ideology of the value of work versus the diversions of play is involved, linked to existing social and cultural politics of age, class and gender that influences who gets to play and what is acceptable to play.

Video games, of course, are unique in that they combine ludic elements or “gameness” and expressive media.  It is possible to feature a story in your competitive shooter or your platforming adventure or stat-based RPG.  It has become second nature to do so as the technical capacities of the medium have allowed for games to remediate the cinematic qualities of already-established cultural forms.  Also, it is certainly possible for games to feature stories with the narrative complexity championed by the game advocates in the Toronto Star article (though the road behind the deep and meaningful video game story is significantly dwarfed by the road ahead).

Nevertheless, these steps forward cannot be enough to end video gaming’s quest for meaning.  The deeper ideologies at work need to be identified and challenged, and all the different ways video games can be culturally legitimate need to be explored.

This means using a more inclusive model of cultural contribution than has been popularly deployed.  Leaving the cultural legitimacy of games to storytellers when not all games are narratives, or waiting for meaning to sprout only from the work of the game creators or publishers, who might be constrained by or disinterested in anything but profit potential, supports a top-down model of culture that limits the role everyday people have as cultural participants.

The top-down model suggests culture is made by a prescribed few for the consumption by the untalented many.  This model ignores the cultural contributions of participants, players, users and audiences, and denies cultural value to the practices, rituals and derived creativity of those groups and individuals.   It supposes that the content of a game is the only arbiter of value, and that a game’s meaningfulness ends when the playing session does.  But there is much this model misses.

Video games, suggests British researcher James Newman, are “about more than just the act and moment of play itself.”  He continues:

“Quite apart from the fact that it would be incredible to imagine that sociality and interaction would cease upon ‘game over’, there is a raft of activity that supports, amplifies and discusses videogames, their use, design and creation.”

Outside of game playing, there is cultural value created in game-related practices like engaging with other players, testing new game strategies or hint sharing, reviewing or criticizing games, as well as breaking, tweaking and modifying their design and operation.  There is value created in practices like game collecting and canonization, in extending game narratives via fan art and fiction, or crafting and modeling game cosplay.  There is significance expressed when tens of thousands of people attend PAX or Quake Con or Fan Expo, or download gaming podcasts, visit the forums, or live stream the E3 press events of publishers like Microsoft, Sony and Nintendo.

This investment in a pastime, an investment that “absorbs” the gaming enthusiast “no less than his professional activity,” with similar expenditures of effort, skill, concentration and intensity marks for Caillois the real “cultural fruitfulness of games.”  And while his masculine pronouns may conform to gender stereotypes about gamers, this philosophy rings no less true for girls and women.

If the video games industry has “found the money,” but its “quest for meaning” continues, then let us respect the wisdom of Caillois’ approach and take heed in an idea paraphrased from the words of James Newman: Meaning is not embedded within a game, but rather is revealed through its use.

The Play Till Doomsday project firmly believes this is where our quest for meaning should start.

« Canadian University Compiling Video Game Collection
By Any Other Name: Thou Art Thyself, Though Not A “Gamer” »