What a Quarter Century Means: The NES Turns 25 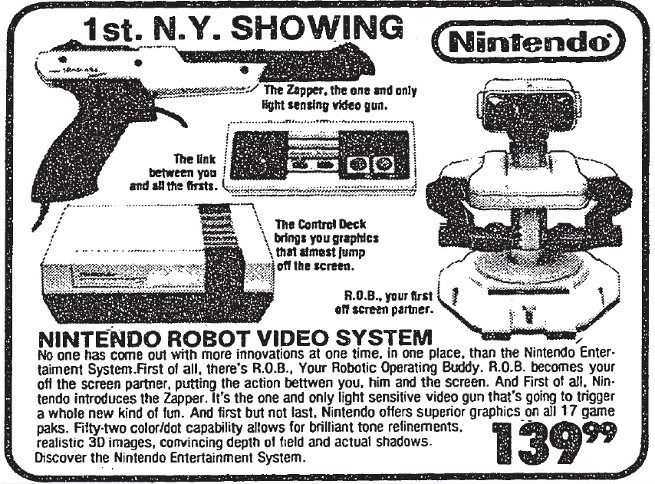 Twenty-five years ago, the Nintendo Entertainment System debuted in the United States, while Canada would see the NES four months later.

Nintendo’s little grey box is significant not only for being a catalyst for digital play for many people who still stomp Goombas today, but for resurrecting what had become a broken industry in North America following the 1983 video game market crash.

The NES would eventually sell over sixty million units worldwide, twice as many as the previous dominant hardware, the Atari 2600.

Testament to the impact of digital games on pop culture, in the quarter century since the North American NES launch, both Nintendo’s DS system and Sony’s PlayStation 2 have more than doubled its sales milestone.  In fact, the Wii is already well beyond the sixty million mark itself, and it is very likely that both the Xbox 360 and PlayStation 3 will match and beat the NES’s sales during their shelf lives.  In terms of commercial impact, the NES has been bested time and again.

But commerce alone doesn’t speak to the overall significance of massively consumed commodities.  On a socio-cultural level, the NES became part of 1980s youth culture, and has grown into a symbol of nostalgic bliss for those who remember the raucous hockey matches of Blades of Steel or the thrill of flooring an opponent in Punch-Out.  At a time when digital play was still fresh and new, it provided a momentary bridge between the limited simplicity and repetition of earlier games and the complexity of play that would follow.  Two buttons and a directional pad – enough to knock down Mike Tyson, enough to rescue the princess, to save the world ad infinitum.

With the depth of play enhanced, video games could begin to move beyond the arcade template, though many games would cling to the pay-per-play model of game design for years after the NES.  Nevertheless, getting the high score was not always the goal – games like The Legend of Zelda or Final Fantasy shifted the focus to working through an unfolding narrative.

Since the invention of the digital game medium, visual storytelling, perhaps the oldest and most universal of human expressions of culture, had been smashing together with ludic qualities to create the functional hybrid we take for granted today.  The NES, with its capability to display twenty-five simultaneous colours onscreen, with its 8-bit processor crunching the commands for sword swings and slapshots, provided a major stepping stone for the fostering of the interactive, visual narrative and gameplay. 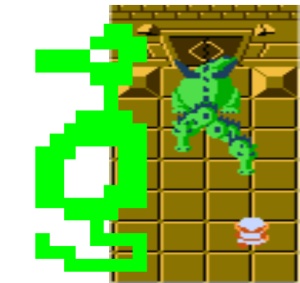 However slightly, it reduced the abstraction of console video games, featuring more “realistic” onscreen representations.  People could be made to look like people.  The hero from Atari’s Adventure could graduate from being a single, unappendaged dot to being a fully fledged knight.  The dragon he aimed to slay could look much less duck-like…

But with reduced abstraction came the complexities that visual representation invoke.  Sexuality, race and violence became points of concern, and Nintendo’s success, however unwittingly, had fostered public debate about the social value of video games and the images portrayed within.

Eugene Provenzo ends his 1991 book Video Kids: Making Sense of Nintendo, a sociological exploration of the impact of the NES’s mainstream success, calling for an end to the pixelated “violence, destruction, xenophobia, racism and sexism that are so much a part of the world of Nintendo” (140).  A quarter century later, suggesting that such things are “part of” Nintendo’s world is laughable given the generally sanitized and family-friendly image the Japanese corporation has established and maintained, especially as they market the Wii.

Off key as he was then, Provenzo rightly follows these criticisms with a call “to recognize the importance of Nintendo as a powerful symbolic and cultural form – to recognize video games as ‘objects endowed with special and symbolic meanings,’ phenomena of tremendous import and significance to our culture and its future” (quoting developmental psychologist Erik H. Erikson).

Now is Provenzo’s future, and the Nintendo Entertainment System can be seen as the embodiment of a multimodel cultural object, a significant symbolic artifact with twenty-five years of meaning behind it.  The product was a platform for great financial success, great individual nostalgia, shared cultural expressions for an entire generation, new avenues for interactive storytelling and a catalyst for public debate.  It was all these things without mentioning its role as a conduit for the likes of Mario, Link and Samus to become pop cultural icons that transcend games themselves.

Not bad for a little grey box. 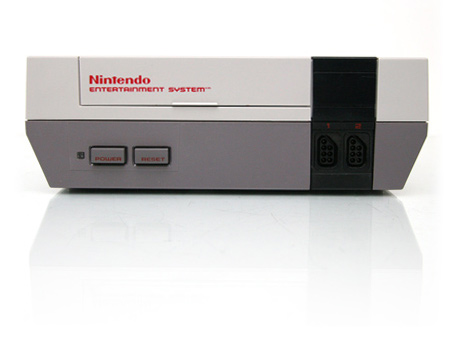 « Ninja on the Playground: A Conversation with Shaun Hatton
Metroid’s Sexism – A “Cultural Misunderstanding?” »