Guest Thoughts: The Play is the Thing 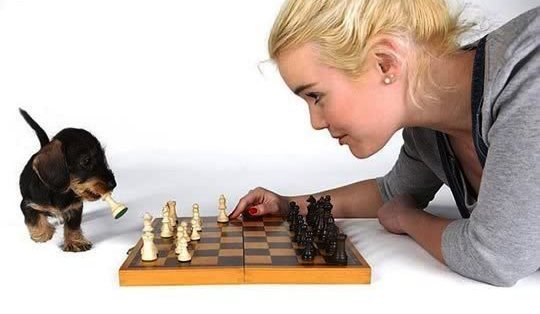 Back in August, Brady and I conducted an impromptu interview with Jeff Cannata (Reviews on the Run, amongst other things), and certain parts of that conversation have been kicking around in my head for a while now. For reference, Brady said:

Games in general…are already accepted as culture and recognized as having social meaning and value.  They’ve been around as long or longer than visual representation, if we see that as the root of art, and are tied to an inherently natural system of play.  Games are the formalization of play, and play exists beyond human behaviour since it’s found in animals.

As a game journalist, I get paid to dissect and comment on all manner of games and game-related news. It’s a fun job, but it’s still a job, and I spend most of my day doing things other than playing games in order to justify a career that involves playing games.

I bring this up because while the impulse to play may be natural, our actual process has become increasingly artificial, especially when measured against other living creatures. For instance, one of my current roommates happens to have a puppy, and her uncomplicated daily routine makes video gaming seem arbitrary.

While we occupy ourselves with the “formalization of play,” a puppy displays an unwavering commitment to the purity of the moment. Whether she’s chasing her tail or dragging new chew toys out of the cat’s litter box (this is somewhat less than endearing), the play always is and always will be the thing.

Like many people, I would love to take a canine cue and spend all of my days playing games. Unfortunately, that would run contrary to the demands of modern society. We’re not supposed to Play Till Doomsday. We’re supposed to go to work, be responsible, and postpone the things we want to do for the things we have to do.

Yet despite all of the social mechanisms that we’ve developed to preserve order, humans are still biological creatures with a natural inclination toward the playful. You see it most frequently in the unselfconscious machinations of children. A child can build a stone fortress out of blankets, couch cushions, and cardboard boxes, and – like a puppy – a five-year-old doesn’t care that none of it is ‘meaningful’ or ‘real.’

As adults, we only engage in that sort of behavior when given a digital prompt in a game like Dragon Age, as youthful energy is bred out of us in order to make way for more structured and appropriate forms of recreation. That extends well beyond gaming. The biggest film and literature franchises – from Star Wars to Harry Potter to The Lord of the Rings to Avatar – are all sanctioned forms of escapism.

To phrase that differently, most forms of fantasy and the unreal – as important as they are in our everyday lives – are, at least in part, attempts to control otherwise spontaneous tendencies. How can we make play a more natural occurrence within the confines of society? What to we have to do to recapture the sense of innocence so frequently associated with play?

I don’t have any answers, but they’re questions worth asking if we’re hoping to reduce the stigma attached to video games and leisure. Is digital play substantively different from physical play (i.e. sports)? Is there a difference between games that are fun and games that are art? Learning more about games and game culture should help us understand the relationship between natural impulse and technological entertainment.

Of course, I’m essentially suggesting that a gaming think tank could be the vehicle that allows us to think ourselves stupid, and the mere premise is oxymoronic. What’s more, I’m not even sure that a simpler existence would be desirable. I know that I would never willingly sacrifice my ability to think analytically, and many of the best video games are less tests of reflex than they are tests of mind.

The point is that we all play games because we’re looking to have fun, and it’s worth remembering that when we’re putting on our thinking caps. Play Till Doomsday grew out of a conscious decision to engage with the activities of play, and as such, it should be a forum for intelligent articles, interesting interviews, and diverting entertainment. I think that’s a pretty potent combination, and I look forward to being a member of the community.